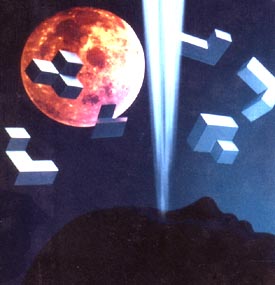 "Do we face an apocalypse or a global spiritual awakening? The choice is ours."

"As we near the end of the 20th century, it is clear that Earth is undergoing a profound evolutionary transformation. The nature and extent of this transformation have now been revealed through the future-life progression hypnosis sessions undergone by hundreds of psychic voyagers and presented as the 'mass dreams' in this book. Chet Snow, a colleague of the late (psychologist), Helen Wambach, Ph.D., has continued her work, producing information about some of the momentous changes we can expect in the crucial decades immediately ahead: massive climate shifts; worldwide earthquakes and volcanic eruptions that will result in Japan and large sections of our West Coast sinking beneath the sea; the breakdown of economies and governments."

In the thirteen years since that publication, there has been a global climate shift toward rapid warming caused by increasing carbon dioxide and other greenhouse gases surrounding earth in a blanket that is getting thicker and thicker. There have been ongoing earthquakes and volcanic eruptions, but nothing so far large enough to plunge Japan and section of the West Coast of the United States into the Pacific Ocean. Governments have broken down and changed, such as the Soviet Union to Russia transformation. It might be fair to say that the economy of the United States self-destructed between 2000 and 2002 in the corrupt hands of greedy corporate executives.