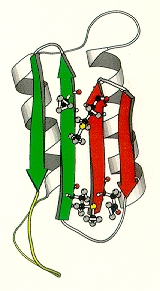 April 24, 2001  Denver, Colorado - Another infectious agent made headlines in North America in April 2001. That is the fatal prion brain destroyer known as "Chronic Wasting Disease," or CWD. The first case of chronic wasting disease confirmed in a wild mule deer was shot by a hunter last fall in Saskatchewan near the border of Alberta, Canada. Over the past four years, dozens of CWD cases have been confirmed in Saskatchewan's 19 captive game farms. About 3000 animals have been slaughtered there in an attempt to keep the dreaded disease from spreading. Elk are raised on the game farms for their meat and their antler velvet which is used in homeopathic remedies and to provide aphrodisiacs for Asia. But now even Korea has banned imports of elk antlers from Canada because of concerns about spreading chronic wasting disease.