“It rotated so that the ‘tail’ was facing directly away from me;
and then a very tight intensely blue beam of light seemed to project toward my eyes. ... I felt intuitively that I had been ‘scanned’ in some manner. ” 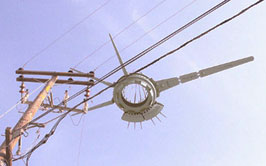 After those reports, I received the following email from a viewer that reinforces the mystery of the dragonfly drones invisibly monitoring Earth's skies and monitoring some humans. The drone technology was identified by the whistleblower Isaac in 2007 as extraterrestrial technology that the United States government has been trying to understand and back-engineer since at least the mid-1980s.