“I was shocked: most of the coral in the Great Barrier Reef is dead or dying.”

“Imagine if  you were living along the East Coast of the U. S. or on the
Atlantic Coast of Europe and all of a sudden 95% of the seawalls on that entire coast crumbled into dust?! That is what just happened on the Great Barrier Reef.” 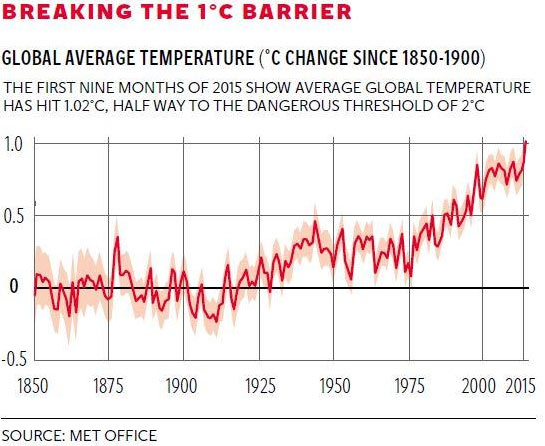 April 29, 2016 Monterey, California - On April 22, 2016, something happened that's never been seen before. It was Earth Day and never have so many countries signed an agreement at once as 175 countries did on opening day to sign the Paris Agreement to fight the relentless rise in global air and ocean temperatures. Even North Korea signed.

The nations that did not sign the agreement on April 22nd have one year to do so. China, the world's top carbon dioxide emitter, announced its intention to “finalize domestic procedures” to ratify the Paris agreement before the gathering of the G-20 summit in China five months from now in September. The second largest CO2 emitter, the United States — represented by Secretary of State John Kerry — pledged to ratify the Paris Agreement this year and so did the 28-nation European Union along with Canadian Prime Minister Justin Trudeau and leaders of Mexico and Australia.