“We think this is one of the biggest efforts to survey an entire population ever engaged in by a Democratic government against its own people and we find that massively disturbing.”

“I was in the shower and the FBI agents were pointing guns
at her (Binney's wife). Then one of the FBI agents came into the shower and pointed a gun directly at me, at my head, and pulled me out of the shower. I had a towel at least to wrap around, but they took me out
and interrogated me on the back porch.” 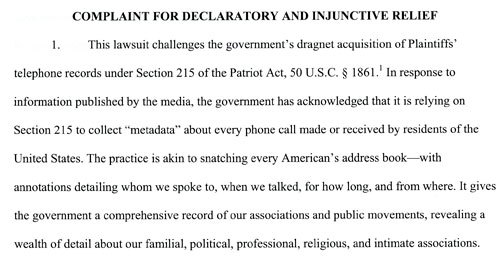