“The Captain perceived an object pass within a few feet above the aircraft. It could best be described as cigar/rugby ball-like in shape, bright silver and metallic-like in construction.” 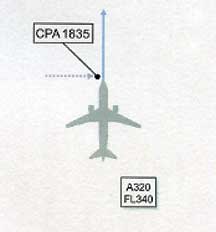 “We still don’t know what it was, but it was there.”