“Talk among the flight crews was that there is a UFO base at South Pole
and some of the crew heard talk from some of the scientists working at the
Pole of E.T.s working with and interacting with the scientists
at that air sampling camp/large ice hole.”

Update May 5, 2016 / Original January 30, 2015 Albuquerque, New Mexico - On January 2, 2015, I received the email below from a retired U. S. Navy Petty Officer First Class Flight Engineer, who asked me to only call him "Brian." His high strangeness experiences flying cargo and rescue in Antarctica were in the 1983 to 1997 time period and included several observations of aerial silver discs darting around over the Transantarctic Mountains. He and his crew also saw a big hole in the ice only about five to ten miles from the geographic South Pole (pink circle on map) that was supposed to be a No Fly Zone. But during an emergency medevac situation, they entered the No Fly Zone and saw what they were not supposed to see: an alleged entrance to a human and E. T. science research base created under the ice. Then at a camp near Marie Byrd Land, some dozen scientists disappeared for two weeks and when they re-appeared, Brian's flight crew got the assignment to pick them up. Brian says they would not talk and “their faces looked scared.”

Brian and his flight crew received several orders at different times to not talk and were sternly told that they didn't see what they saw. But he was never asked to sign an official non-disclosure statement. So now that he's retired, he has decided to share what he has seen and experienced because he knows non-humans are working on this planet. 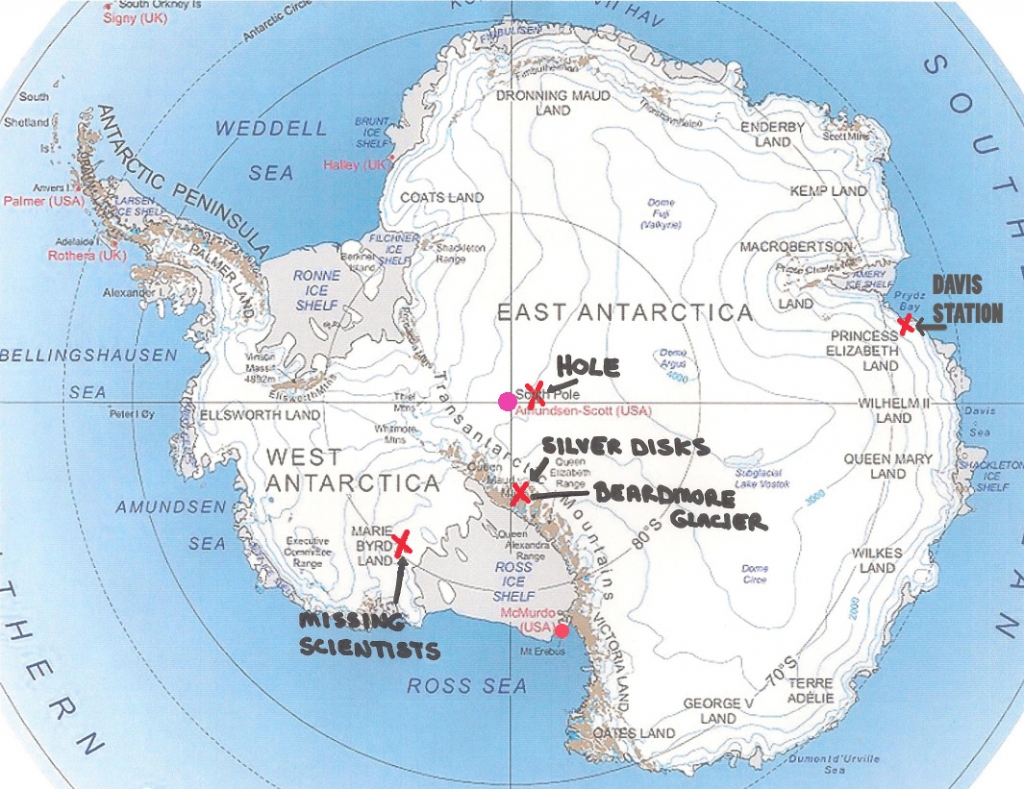