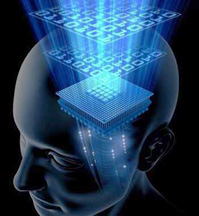 February 24, 2017 Huntsville, Alabama - Last month in my January 2017 COAST broadcast, I interviewed Phoenix resident Jerry Wills about his 1966 face-to-face contact with a male, blond extraterrestrial humanoid called “Zo.”  Zo's home base, he said, was a planet orbiting Tau Ceti about 12 light-years from Earth.

Then in  November 1998, Jerry was at Lake Titicaca, Peru, and his wife saw him disappear into a rock doorway known as Aramu Muru. Jerry reappeared in a flash of light after  being  in what he thought was another universe where an Intelligent Voice showed him a laboratory experiment to create and study a universe. The Voice told Jerry that our cosmos was the result of the Other Dimension’s experiment to simulate a universe.

Is our universe a computer simulation? That question keeps coming up in media, science journals and public conferences.  A few months ago at the Recode Code computer conference in Los Angeles, Elon Musk — Owner and CEO of SpaceX and Tesla — was asked about the simulated universe hypothesis. He answered, “The odds we are in base reality is one in billions!” — meaning he thinks the odds are high that we are in a simulated universe.