“Every time you go through a lifetime, you decrease your entropy if you’re successful.” 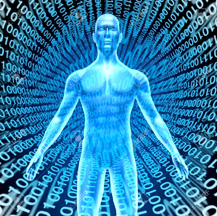 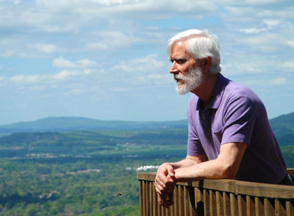 Thomas Warren Campbell, 73, M.S. Physics and
Author, My Big T.O.E. (Theory of Everything) © 2003,
based on his hypothesis that this universe is
a simulation generated by a “digital big bang,”
Huntsville, Alabama.

Thomas Campbell, M. S., 73, Applied Physicist and Author of My Big T.O.E. — Theory of Everything © 2003, Huntsville, Alabama:  “So we’re consciousness, we’re making choices, we’re trying to evolve, which means move us more toward becoming love. So that’s what we do.

“Every time you go through a lifetime, you decrease your entropy
if you’re successful. Or if you increase it, you devolve a little bit. The next time,
you get to start where you stopped last time. And that’s why we go
through these cycles in our mission to grow to become love.”

But you can’t become love in a one shot (life). It doesn’t work. All evolution comes and goes. You take what you did last time, and you start with that, and you add to it. Learning is that way. Learning is cumulative. You can’t just, at three years old, take calculus. It won’t work. You’ve got to start with arithmetic. So in order to learn, it has to be a cumulative process. So you accumulate through lifetimes your choice making and you grow. Every time you go through a lifetime, you decrease your entropy if you’re successful. Or if you increase it, you devolve a little bit. The next time, you get to start where you stopped last time. And that’s why we go through these cycles in our mission to grow to become love. That’s where we’re headed.

WHERE DO YOU THINK THE AVATARS OF HISTORY FIT INTO ALL OF THIS?

Well, they are people (other beings) who understood some part of this, and as they understood it, they had to put it into terminology that suited them and their times and people. So some people just happened to figure it out, and other people were sent here with the idea of helping others figure it out.

DO YOU THINK THAT’S ACCURATE THAT THE YIN AND YANG SYMBOL IS A METAPHOR FOR A UNIVERSE OF ENTROPY IN WHICH EVERYTHING IS WINDING DOWN, AND THAT THE DARK VERSUS THE LIGHT SEEM TO ALWAYS BE IN CONFLICT?

The dark and the light always in conflict, yes! And the reason for that is that’s the nature of free will. You see, the reason we have good versus evil as our theme in everything, right? Movies, literature, always has been, you know, all the stories, good versus evil is the key thing. That’s what we’re doing here. We’re trying to evolve in a positive direction, lower our entropy. That’s positive.

But we have those that can make an opposite choice. They have free will, they can choose to be self-centered. They can choose to do other than lower their entropy. They can choose to raise it. So the reason you have evil is because there’s free will. Not because there has to be an equal amount of good and evil. Now there is this struggle between the two because they’re going in opposite directions. The negative part — ones that are devolving — they love and enjoy chaos. Those of us that are trying to work in the opposite direction, trying to work against chaos, we are interested in caring and cooperation and working together, and that’s the opposite of chaos.

“Do unto others as you would have them do unto you.”

TOM, THERE IS A POTENTIAL IRONY HERE THAT THE PHYSICISTS OF THIS PLANET COULD BE THE ONES THAT CORROBORATE THE CHRIST AND THE GOLDEN RULE OF LOVE AND DO UNTO OTHERS AS YOU WOULD HAVE THEM DO UNTO YOU.

Absolutely. And you know, that was one of the big ah-ha! kind of strange things that I didn’t expect. I’m a physicist, so I’m working with this idea of consciousness, trying to understand it, and when I finally kind of figure it out, and I realize that a lot of the things that are in religious philosophy are actually true. You know, these are people (other beings) who actually have seen the nature of our reality and how it works. And it’s been modified, it’s been bastardized, it’s been changed by ego and greed and other things, but the fundamentals are, for the most part, right. And yes, science is going to be the one that legitimizes the very thing that it wanted to get rid of most back in 1500s. It was the church that was choking science.

And wouldn’t let science progress. So science has this gut reaction of fear when it comes to other, something being outside of this reality. They just choke on that immediately because it’s kind of like the bad old days. But science is going to have to grow up and accept that we’re a subset of something bigger. And our science is forcing us to go there. So yes, I see that this virtual reality is just the first step that leads to the next that leads to the next, and it can change everything in the most profound way that anybody could imagine. And it’s not just about better science. It could change everything.

Is There Free Will In A Simulated Universe?

THEREFORE, WE, THE PLAYERS IN THIS VIRTUAL REALITY GAME REALLY HAVE NO FREE WILL?

When you do physics, you have equations. And sometimes the equations have attributes that are just nonphysical, and physicists do this all the time. And when they get an equation that just doesn’t play out here in the matter world, then they just ignore it. And that’s one of those things used to say Einstein’s Relativity connects this time cone, and there is no free will. But that’s just wrong. It doesn’t work that way.

Delta T is the time difference obtained by subtracting Universal Time (UT) based
on the Earth’s rotation from Terrestrial Time (TT) of International Atomic Time.

Where time comes in is that you have a computer with on and off states of 1s and 0s. So the 1s and 0s can just flip — 1-0-1-0-1-0. That’s a metronome. That creates time. So time is created as a technology by a data information system. Now this universe of ours, this physical universe, has its own clock. It’s a simulation. And a simulation has an outer time loop, the Delta T, that you calculate all the things in the simulation. Then you increase Delta T by one more Delta T, one more little chunk of time, and then you calculate everything again. And you increase Delta T and calculate everything again. That’s how simulations work. Time progresses.

How Does Remote Viewing
Work In A Simulated Universe?

WHY DO YOU THINK THAT CONTROLLED REMOTE VIEWING IS SO ACCURATE? HOW DOES IT WORK?

When you remote view, the way it works is you have an intent. You have to learn how to get your own intellect out of the equation. And that’s what the remote viewers have to be able to do. They have to learn to not second guess, to not judge, to just get what they get. To be open and get it and report it without trying to second guess it.

So that’s why they use this double blind stuff where they don’t have any idea what’s in the envelope. They just go there, you see, because that actually helps them. It doesn’t make it harder, it makes it easier for them because they have less information to mess them up with. So you can get information on anything, anybody, any process. You can remote view into the future, and you can go into a probable data base. You can remote view into the past, but if you’re not careful, you’ll remote view into one of these lines of past that didn’t actually happen. So you have to be aware that you want just the history that did happen in this physical reality.

YES. INGO SWANN, HIS REMOTE VIEWING OF JUPITER, EVERYTHING THAT HE REMOTE VIEWED YEARS AGO WE’VE CONFIRMED EXCEPT ONE THING, AND IT STILL MAY BE TRUE. HE SAID THERE WERE HARD MOUNTAINS AT THE CENTER OF JUPITER.

[ Editor’s Note: Ingo Swann, who died on January 31, 2013, in New York City, was the famous controlled remote viewer who worked with scientists Russell Targ and Hal Puthoff at the Stanford Research Institute in Palo Alto, California, to develop CRV protocols for a secret U. S. Army unit in 1978 at Fort Meade, Maryland, under the Defense Intelligence Agency. On April 27, 1973, Ingo remote viewed Jupiter. In 1991, a team of the best controlled remote viewers were consolidated in a Stargate Project to “see” events, sites or information over a great distance. An example is CRV Lyn Buchanan remote viewing a site on Mars. In 1995, the Stargate Project was terminated.]

You can get data on anything you want. You just have to have an intent. But now it gets confusing because the way this virtual reality works is that it’s computed, but it has some databases that it keeps. One of the databases it keeps is called the “probable future.” You take all the things that’s in the present, and you project present trends continued, and you project them into the future. Well, that’s just a probable future. It’s not a done deal because we have free will here, and we can make decisions that weren’t the ones guessed at in the probable future.

Out of Body to Simulated Universe Databases

“The present is where all the choices are made.
The future is only probable, and the past is a database.” 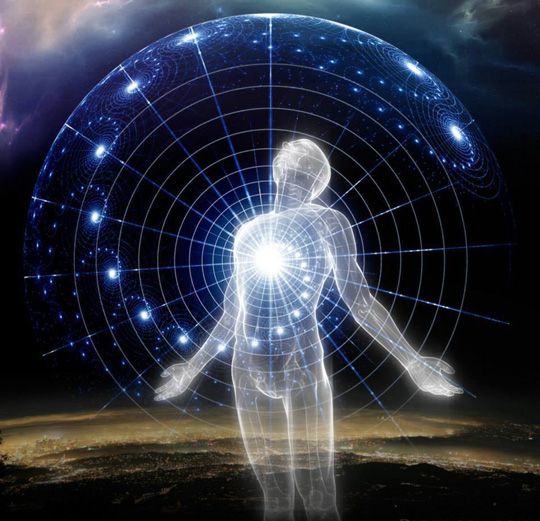 Now these databases exist. So you can go out of body, you can get into an altered state, and you can go into the future probability database. You can have precognitive dreams that show you the probabilities of things that will happen. And if you’re not that far out, a lot of those things will come true because that probability holds. In other words, it doesn’t get changed.

You can go into the past. You can look at past lives. You can look at other past things in a lot of detail if you wish. It’s all there, but it’s in a database. The present is where all the choices are made. The future is only probable, and the past is a database. Virtual reality has its own clock, but there is a master clock. Time is a real thing, not an illusion.”

For further information about other dimensions, parallel universes and the cosmic singularity, please see reports in the Earthfiles Archive organized in chronological order from 1999 to 2016 ongoing of which a few are listed here.

“Is the Universe A Simulation? Scientists Debate,” April 12, 2016, Space.com:
http://www.space.com/32543-universe-a-simulation-asimov-debate.html