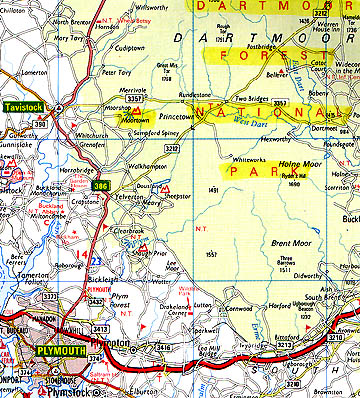 November 2, 2005  Moortown, Dartmoor, England - In the 1970s, counties in southern England including Cornwall, Devon, Somerset, Dorset, Wiltshire and Hampshire had hundreds of people reporting strange, unidentified lights in the sky and on the ground; humanoids - tall and short; cattle herds being mysteriously transported at night from one farm to another (The Dyfed Enigma © 1979 by Randall Jones Pugh and F. W. Holiday); and unusual, bloodless animal deaths often referred to as "mutilations" because the same tissues are excised from animal to animal. Often it's an ear, an eye, the jaw flesh, the tongue removed deep within the throat sometimes along with trachea and esophagus; all or parts of genitals; and rectal and/or vaginal tissue cored out in deep, bloodless holes.