“It was a clean cut to remove the head and tail. The skin had been
removed from the left hind leg. The cuts were precise — it is psychotic, freaky.” 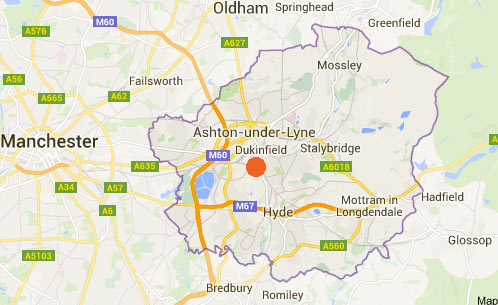 Today, Dukinfield Park is making news as the place where primary school teacher Claire Collins found her 18-month-old female cat, Socks, at 7:45 AM on Monday, July 4, 2016, in the park near King Street. Her head and tail had been cleanly severed from her body and skin had been removed from her left hind leg.