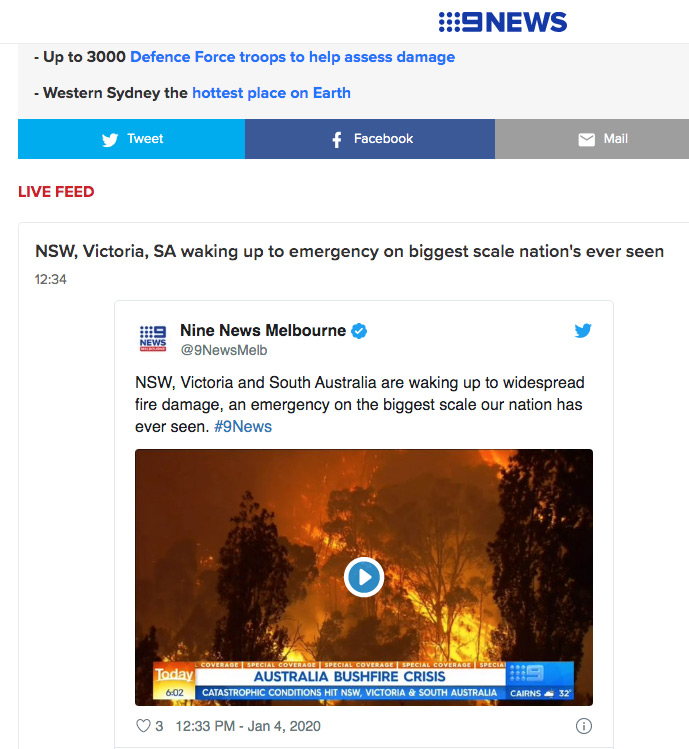 “Southeastern Australia is going to be a blast furnace the weekend of January 4-5, 2020.”

Those high temperatures and worst fires in Australian history are forcing thousands of people from homes. More than 1,000 people and 113 dogs reached Melbourne on Saturday after two Navy ships rescued them from New South Wales seaside towns ringed by fires in southeastern Australia.

The day before on January 3, 2020, more than 130 fires were burning across NSW. Volunteer firefighters have put their lives on the line to at least contain many of the fires, but today more than 60 are still out of control, are a risk to animal and human lives as the weekend of January 4 – 5, 2020, is expected to be a “blast furnace,” according to Andrew Constance, Transport Minister in New South Wales.

Authorities in New South Wales have closed parks, trails and camping grounds and tourists have been told to urgently leave a 160-mile-long stretch of the NSW coast before the January 4-5, 2020, weekend as temperatures and fires are expected to be the most extreme to date.

The Australian Bureau of Meteorology reports that Australia has been getting warmer and warmer since the 1980s.