“We’re desperately trying to figure out what is going on.”

For exclusive video interview with rancher Alex Peterson in Haigler, Nebraska, about his ongoing experiences with mystery drones on his ranch since December 30, 2019, 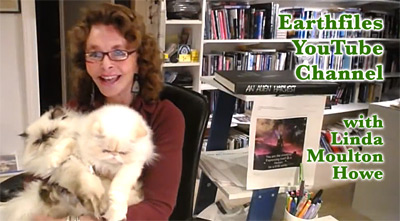 January 8, 2020 Brush, Colorado – On Monday morning, January 6, 2020, there was a private meeting of officials from the FBI, the Federal Aviation Administration (FAA), the U. S. Air Force Office of Special Investigations (AFOSI), the U. S. Army, the Colorado Division of Homeland Security and Emergency Management and Sheriffs and law enforcement from many counties in northeastern Colorado and southwestern Nebraska. The reason for the large meeting — held off limits from the public and most media — is the persistence of unidentifed aerial drones and strange lights that have been haunting the skies over northeastern Colorado and southwestern Nebraska while dozens of residents since mid-December 2019, have reported, photographed and recorded the disturbing “invasion.”

Some buzz and some are silent; some flash red, green and white lights while some are only steady red lights. Some have the shape of a fixed-wing Cessna, yet are strangely colored all white without any identification numbers. The drones are described as large, comparable to commercial octacopters with 8 rotors that can fly for 16 minutes on one battery charge. But some eyewitnesses of the strange aerial phenomena in Colorado and Nebraska say some of the flashing lights have remained in one place in the sky for an hour or more.

After the private meeting, the Phillips County Sheriff’s Office in Holyoke, Colorado, posted on Facebook: “A strategy meeting was held today in Brush, Colorado, with Federal, State and local law enforcement agencies regarding the drone issue. None of the agencies can confirm that the drones are malicious. A task force has been organized and we are asking for your assistance. Specifically, we are looking for the command vehicle. We are looking for a closed box trailer with antennas or a large van that does not belong in the area. If you see anything that resembles this description, please call the Phillips County Sheriff’s Office at 970-854-3644. Thank you.” 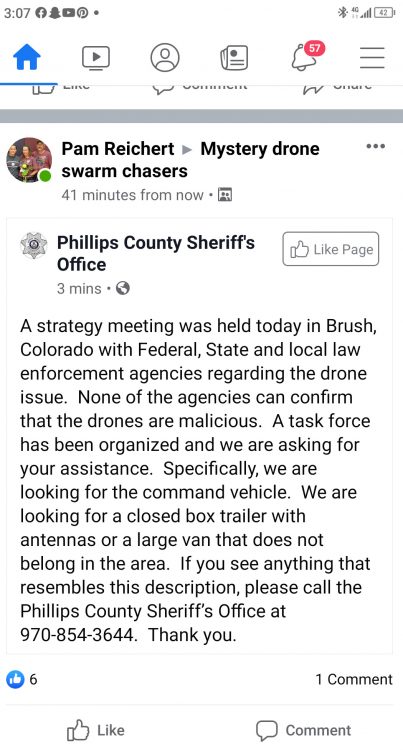 One eyewitness who has repeatedly seen multiple large drones that have flashing red, green and white lights; a mysterious aerial craft with a steady red light; and all white aircraft shaped like fixed-wing Cessnas is Alex Peterson, owner of the Windmill Angus Ranch in Haigler, Nebraska, in the southwestern corner where Nebraska borders Colorado.

Alex Peterson has been raising cattle in Haigler most of his life and is owner of the Windmill Angus Ranch LLC in Haigler, where he raises some 600 registered Angus cattle. Grown cattle weigh 1500 to 1600 pounds each. Since June 2013, he has had several bloodless, trackless cattle mutilations on his Haigler ranch (See More Information below) and now he is baffled again by all the mysterious aerial drones flying in the night sky above his ranch. 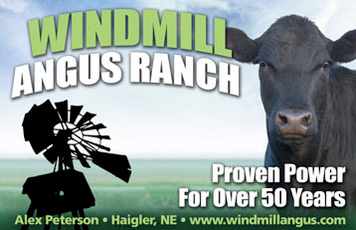 08/03/2013 — Part 1: Recent Bloodless Animal Mutilations with Scorched Grass in U. K. and Missouri. Other Mutilations in Argentina, Colorado, Nebraska and Idaho.